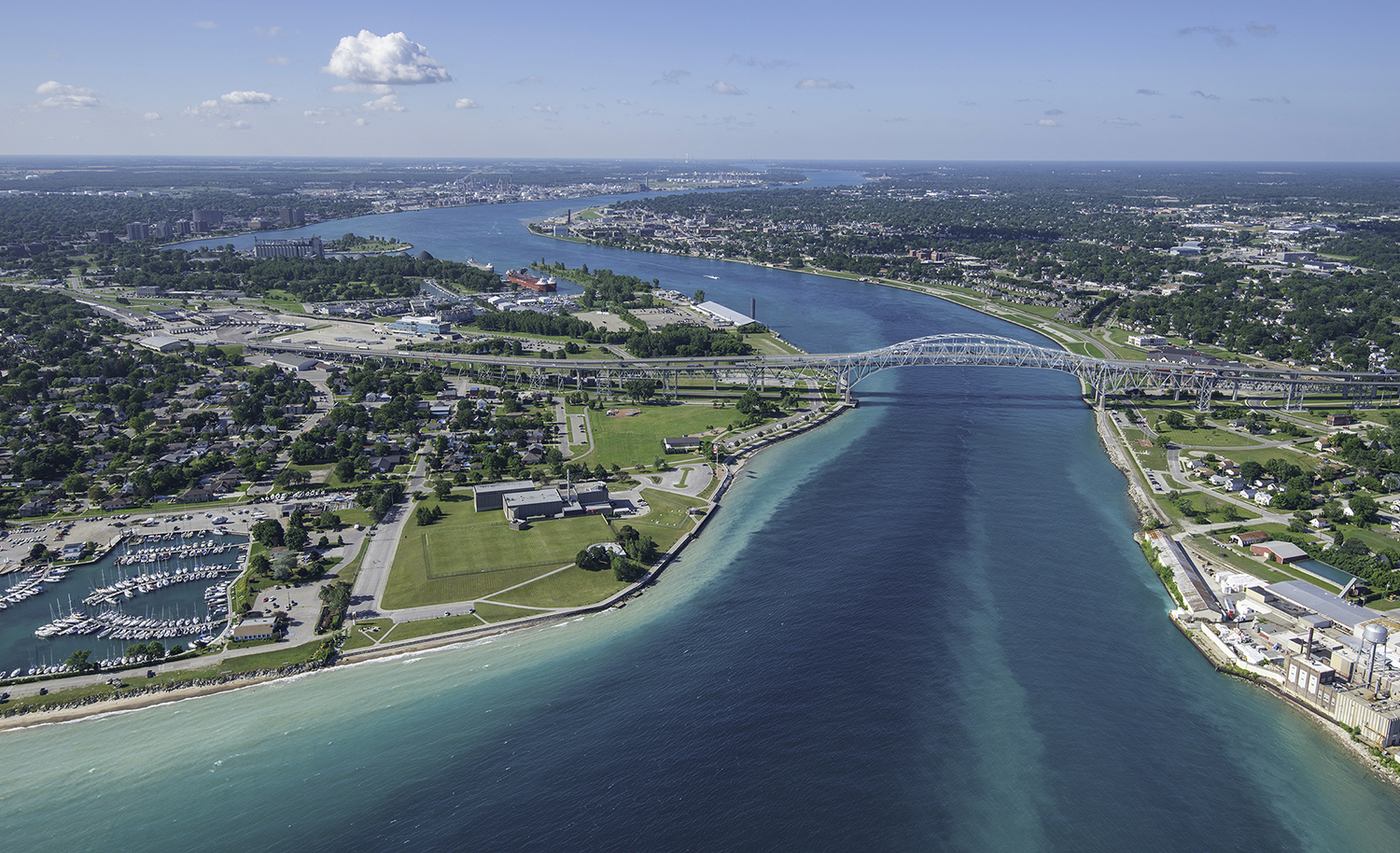 I grew up in a blue collar, industrial town near Sarnia, ON. It is a great place to live: a solid, middle class economy where everyone works a 40 hour week with good union-backed pay and benefits. After a day on the job in Chemical Valley, people go home, drink a cold beer on the porch and spend their weekend on the beautiful blue water on a boat or at the beach. It’s a simple way of life and we are a practical breed of people. There’s not much room here for theory; we’re more interested in doing than we are in thinking. And as much as you can take the girl out of the town, you can’t take the town out of the girl.

So, my gut reaction to mindfulness has always been that it’s a little too new-agey for me. While I am an avid yogi and I’ve had very moving experiences at an ashram in India, I’m still a little skeptical about the idea of meditation. However, when Roni Habib presented at the Google Innovators Academy, I had an ah-ha! moment that changed my view on mindfulness. 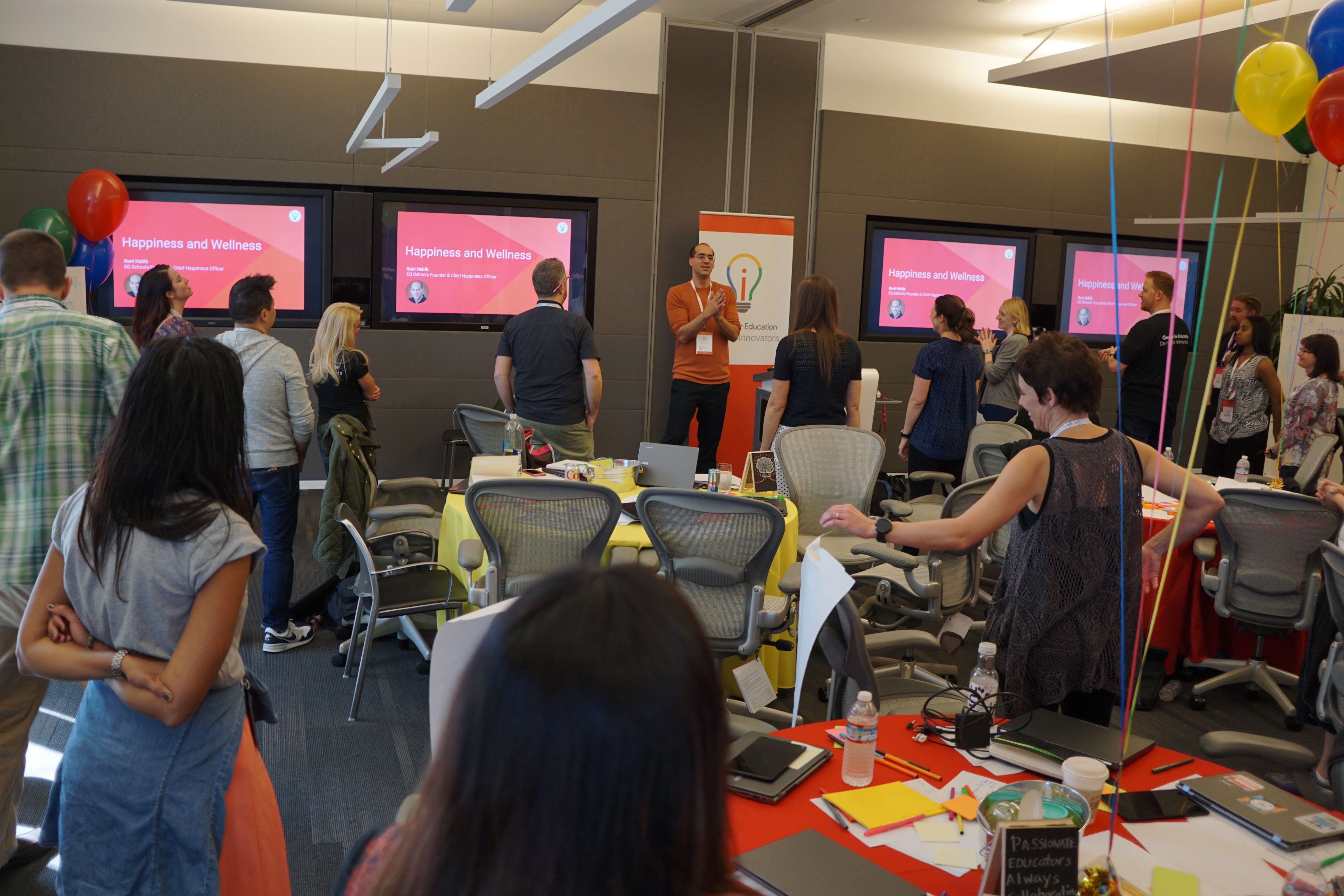 My experience told me that a presentation on mindfulness would require us to sit down (or heaven forbid, lie down), close our eyes, and pay attention to our breathing for twenty minutes. At the end, yes, we’d all feel at peace and then we’d talk about how transformative this can be for students. But when Roni arrived, he did exactly the opposite. He asked us to stand up, and then do some very silly things. We started by writing our name in the air with our fingers. Then we had to use both hands and make it REALLY BIG. Then, we had to use only our hips to spell our names. And we all instantly felt ridiculous. To make it more ridiculous, Roni then instructed us to find a partner, and mirror them as they spelled their name with their hips. Much laughter and hilarity ensued. We played more games, and before we knew it, an hour had passed. Roni had barely said a word, and not once did he tell us to listen to our breath or imagine ourselves floating on a sea in the sunshine. Was this mindfulness? 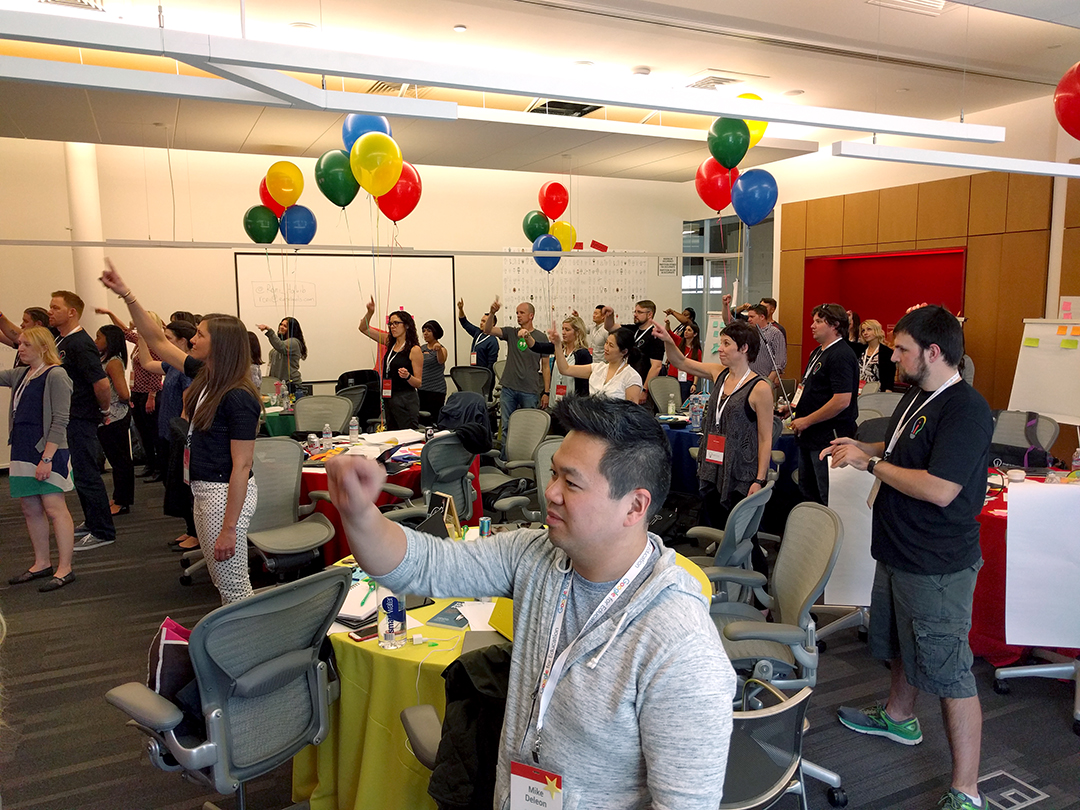 Then, Roni asked a question: “How many of you were thinking of other things over the past 45 minutes?” Not a single hand went up. We weren’t thinking of emails, our projects, what was for lunch or even how silly we all looked dancing around the room. We were fully engaged and absorbed in the moment as it was happening. We were experiencing what some might call “flow.” We were being mindful of the present.

Wait, what? Mindfulness can be FUN?

Roni went on to talk about how important fun is in our everyday lives, especially with students. When we are happy and engaged in the present moment, we are more likely to produce our best work, to develop creative ideas and to feel confident in ourselves. Our brains release endorphins and hormones, stimulating more positive thoughts that would carry with us throughout the day.

Imagine starting your class with an activity that ended with every student smiling, laughing and fully absorbed with that movement. For a few minutes, they forget about that math test they have next period, or the English homework they didn’t finish or the anxiety of who they were going to sit with at lunch today. For a few short moments, they aren’t worried about what they looked like to others, because everyone looked silly. The chemical makeup of their brain is transformed for the rest of the day because they had a few minutes of playfulness injected into their day.

Studies show that the introduction of positive psychology programs in schools result in a “significant decrease in symptoms of depression, anxiety, and general distress…In addition, significant correlation was found between participation in the program and a rise in positive emotions and optimism, improved self-image, and improved sense of self-efficacy. Furthermore, pupils that participated in the intervention program demonstrated a significant rise in the degree they invested in their studies, their emotional connection to the school, and the level of their academic achievements, as expressed in a clear rise in their grade point averages.”

I’ve tried other versions of mindfulness in my classroom with some success. Some students relish the opportunity to close their eyes and spend a few minutes in silence, others fall asleep. But others giggle and fidget, or can’t train their thoughts to steer clear of the things that are actually stressing them out. Like me, some students are better engaged by doing something than by thinking about something. I know that meditation is a skill that takes intense practice and that many people find it to be a life changing tool. However, I was happily inspired by Roni to try a new approach to mindfulness that would engage my more active students and produce similar benefits.

Up next in my Innovator Academy blog series: What do hedgehogs have to do with building a moonshot? Jay Atwood on finding your “Why.”