This quotation burbled through my mind as I considered the week just past. In searching for the original wording, I was reminded of the context in which it was uttered and discovered the neat story of its origins. Johari Window

Known Knowns: I learned, or rather, was reminded of two things that were true about the past, at least according to my Grade 8 History students. First, everything was on fire. This explains why student work related to the creation of letters or newspapers or journal entries to convey a sense of the events and voices of the past are quite often crumbly and singed around the edges. This leads me to a couple of questions -  how many drafts have gone up in smoke and how many smoke detectors have whined in the execution of these tasks. Second, everyone in the past spilled their tea, a lot! This explains the various and sundry stains on the aforementioned letters, newspapers, and journals. I chuckle about this every year, but I love and respect my students' pursuit of "museum craft" and special effects! 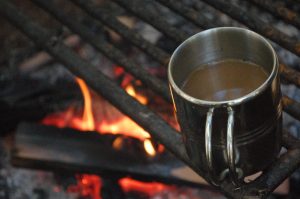 Known Unknowns: I continue to puzzle over how to manage differentiation and inquiry as my action plan percolates. it is unknown now and will be an unfolding process, but I am seeing through the glass less darkly as I read, consult, and gather strategies. I am really appreciating the articles people have been posting and the suggestions that blog responders have been giving.

Unknown Unknowns: I did not know that I did not know that there is such a thing as the "Cosmic Cab" in Toronto. On our way to the CIS/DMZ event on Monday evening, two colleagues and I called a taxi to take us over to Ryerson. Into the driveway pulled the neatest cab I have every seen. It was covered in holiday decorations on the outside and featured festive lighting, a cup of candy canes, and our choice of Karaoke, holiday music, or the movie Elf on screens mounted on the back of the two front seats. The driver, Mr. Akber Batada, is a very nice person who loves his job. He changes the cab's decor with the seasons. When we arrived, the cab caused a sidewalk sensation as people took pictures, looked inside, and talked to Mr. Batada. The needle did not move on my cool factor, but that legend of the cab and its pilot continued to grow! I realized  that I not only have a bucket list but an unknown bucket list, a menu of things I don;t know I have to do. Accidentally and happily, I crossed one off! Put a ride in this cab on your bucket list!