Changing Who Wins – Lessons from The Bully Project 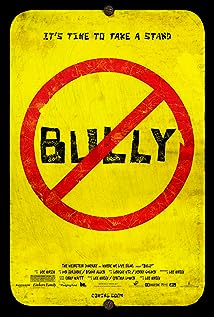 This week I was fortunate to be told that Lee Hirsch, director of the film Bully and The Bully Project social campaign was going to speak at St. Clement’s School as apart of their LincWell program. My motivation to go and see him speak was a combination of two interests; storytelling and education. I wanted to know how he was able to capture such a sensitive story with the permission of both the bullies, administration of the school and the victims. As an educator I wanted to see and hear his perspective of what the school and administration both thought they were doing to combat bullying and what they were actually accomplishing. I walked away from the evening with two take away thoughts.

Mr. Hirsch did state that he is not the one with the answers, but just trying to get others to have a conversation about it. His site for Project Bully has many resources, both free and available online for parents, students and educators to go through. He did indicate that he feels there is no magic combination that will improve everyone and every school, but as a community you need to first identify it as a problem and create a solution that is unique and reflects the needs and wants of the community.

Looking ahead I know that I will be thinking of how to make my students feel acknowledged and give them the space to acknowledge the positive actions they are having on each other. Perhaps by giving them the time to show what it means to win in our community, those that are bullied or the bully may start to understand how to positively affect themselves and others. .

This entry was posted in Uncategorized. Bookmark the permalink.

1 Response to Changing Who Wins – Lessons from The Bully Project