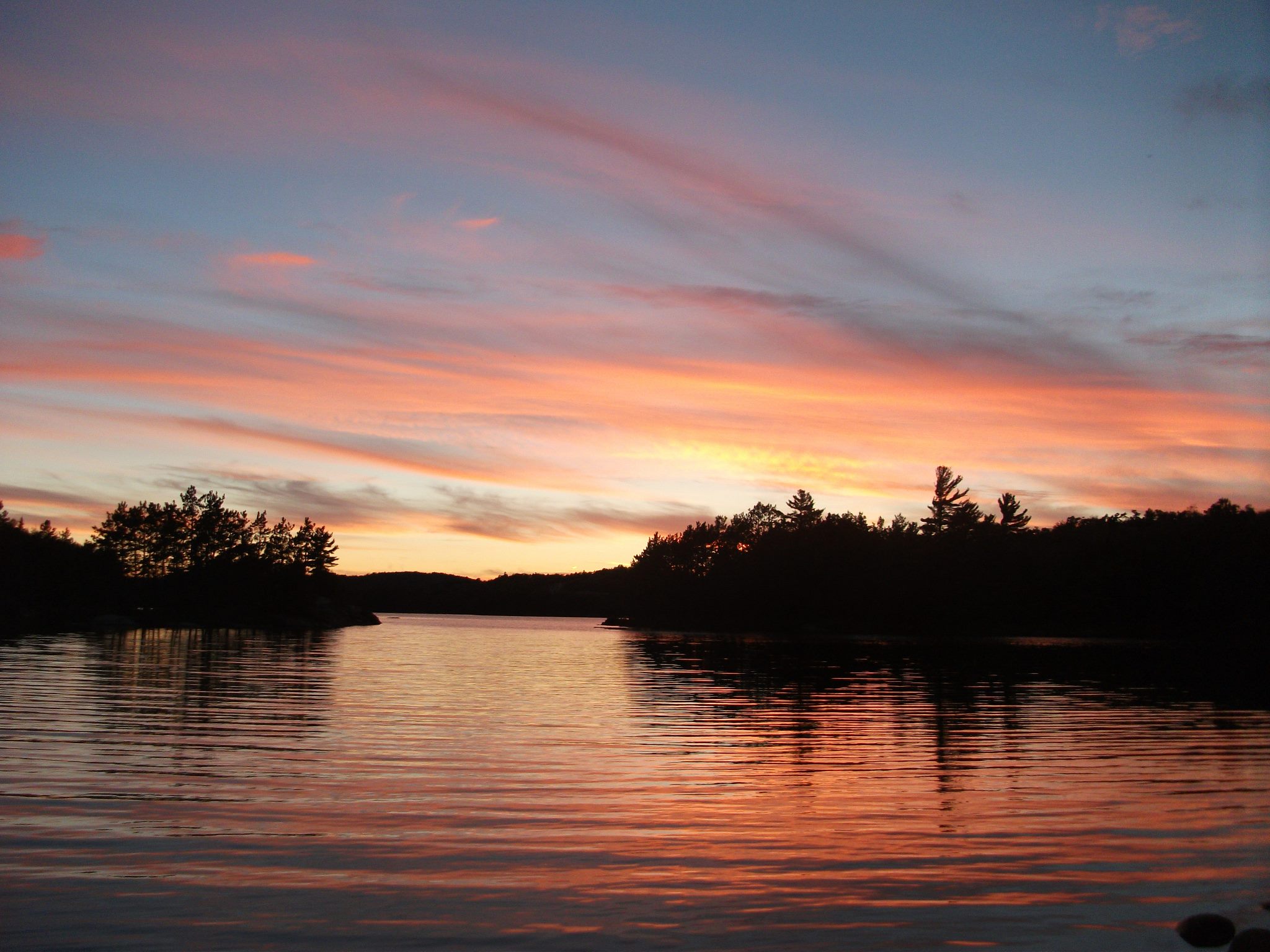 Admittedly, I’ve been feeling a little lost in terms of blogging this year. It feels a bit hypocritical to write about what schools ‘should’ be doing during the pandemic (see: capitalise on the opportunity to shirk convention and tradition, and embrace what education could be) when I am on sabbatical and thus a relative outsider on the scene compared to those who are in schools every day, and I felt some guilt associated with not being there. I want to put out there that I think that sort of guilt is dangerous. There’s a militaristic or traditional athletic mindset at play, a willingness to “die for that inch” that—while noble in theory, can in practice lead us into situations where we haven’t taken enough time to care for ourselves to possibly offer our best to others. But I digress: this is about the positive stuff, the opportunity we all have to risk safely and reap the rewards.

We—in CIS Ontario in general, and Cohort21 specifically—are lucky to be part of a community that supports not just its team’s goals, but its individual players. We might not all be super comfortable with blogging, or forsaking our binds to the curriculum, or navigating the complexities of hybrid teaching and learning models, but we are all here because we believe in kids and we believe in education, and while we may offer provocations and constructive criticism to one another, we do so out of love and in support of this shared vision. 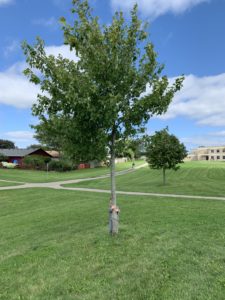 So, as @mrand quoted in her beautiful and heart-wrenching blog post, “why wait?” Whether you’re nervous about sharing your first blog post, wondering how to make small changes in your practice, feeling inspired to overthrow the conventional educational model, or curious about a passion the you haven’t yet pursued to its full extent, get out there and give it a shot. Why wait? We are here for one another, and we recognise that that means giving room for each one of us to be here for ourselves. We can be both honest and gentle as we work to bring out the best in ourselves, each other, our students, and education. Our legacies are not in our protocols, roles, or titles, but in our love.

And love’s the greatest thing that we have. 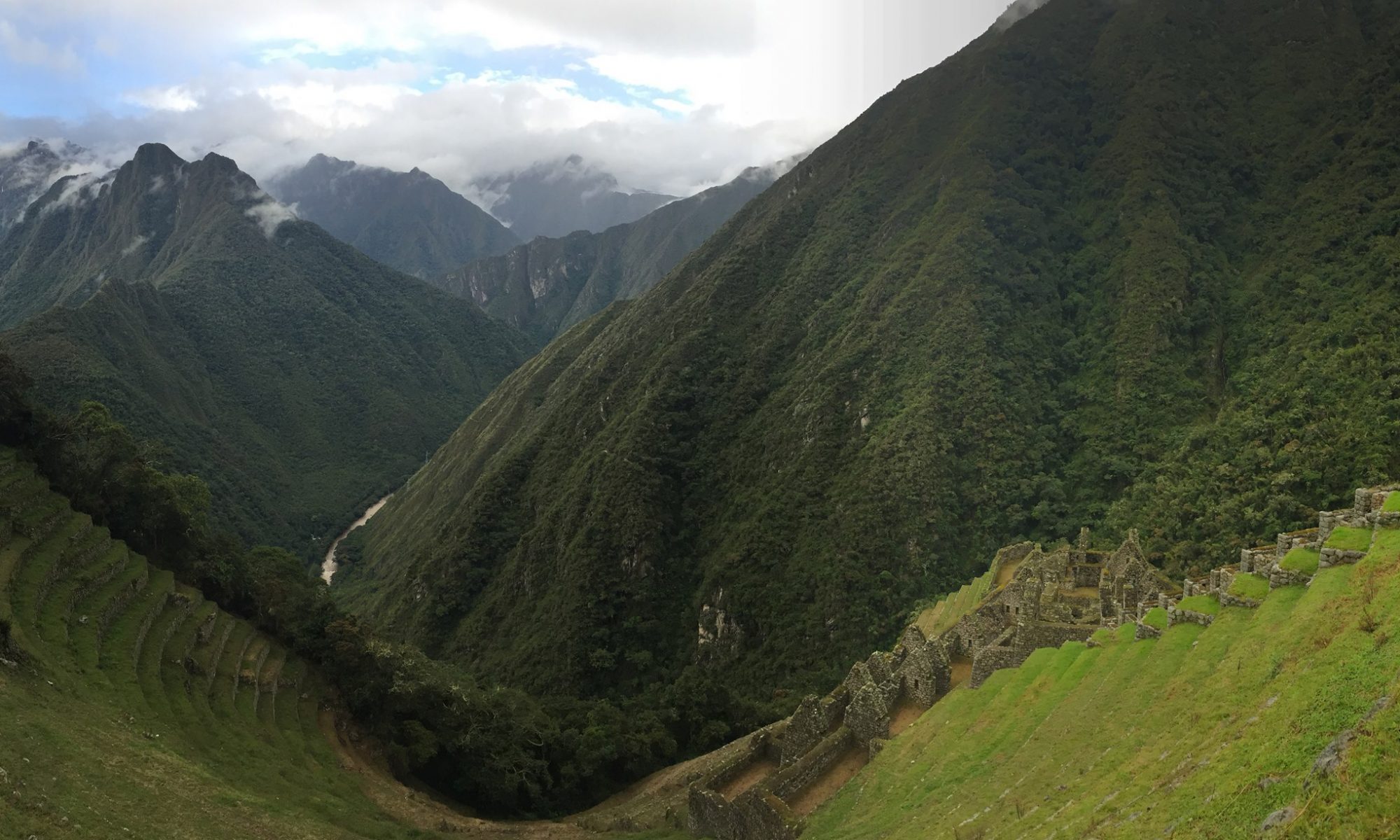 I had heard of Fritjof Capra in university, but my classmates and I were all so caught up with Arne Næss’ Nordic O.G. appeal that I don’t recall ever us getting deep enough into Deep Ecology to learn much of or from Capra. 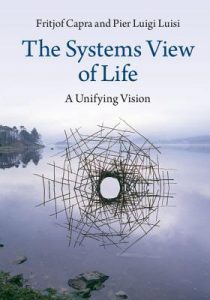 I was missing out.

The Systems View of Life explores the world we are part of, and our role within it, both as a means of understanding the systems that comprise and sustain the Earth, and of offering solutions to many of the issues facing the world today through a paradigm shift to a systemic point of view.

The systemic viewpoint is key because of our inextricable link to the Earth and its systems. Indeed, as Capra & Luisi state: “We can never speak about nature without, at the same time, speaking about ourselves” (p. 74).  This connection to the natural world is a key tenet of Deep Ecology, a term coined by Næss (that dude from paragraph 1) to refer to a worldview that recognizes the inherent value and dignity in all living things—not simply those that are of use or benefit to humankind—and the belief that a fundamental shift in perception and policy is required if we are to preserve the diversity and health of the Earth as a whole (see Drengson, 2012).

Capra & Luisi’s book proposes that the only viable solutions to the crises facing the world today—from energy and environment to food and finance—are sustainable approaches that work within the systemic realities of the Earth. Our assumption that resources, rewards, and growth are finite needs to be radically reframed if we are to find long-term solutions that maintain the health of all Earth’s systems.

To contextualise the paradigm shift that needs to occur, the authors delve into various ways of knowing from micro to macro levels: from the history of mathematics and science, and the evolution of these fields, to the development of the social, political, and economic systems that are prevalent in the world today. While recognizing both the contributions and the limitations of these systems, Capra and Luisi illustrate a shift from a siloed, quantitative, structural approach to understanding the world to an interrelated, qualitative series of processes.

As the authors move towards addressing solutions for the crises arising from our outdated worldviews, they pose a very ‘Cohort 21’-type question: “How [might*] we transform the global economy from a system striving for unlimited quantitative growth, which is manifestly unsustainable, to one that is ecologically sound and socially just?” (p. 371) Is not this something we should always have in our minds as educators?

*okay, the actual text says ‘can’ rather than ‘might,’ but come on: it’s so close!

I’d recommend this book for anyone, really, as education is such an important component of ecological literacy. Specifically, read this book if:

–you’ve never thought about math or science from an historical perspective;

–you’ve never thought about social science from an ecosystems perspective;

–you think unmitigated economic growth is a feasible, good idea;

–you believe there is inherent value in all forms of life;

–you believe that Earth [is] really dying;

–you want an inspiring read that feels intellectually stimulating but still accessible.

(I’m being a bit cheeky here, but I think you get the point. I also think that if you were interested by @gnichols‘ review of Doughnut Economics, or have read and enjoyed that book, there are some similar concepts and themes at work here.)

Drengson, A. (2012.) “Some Thought on the Deep Ecology Movement.” Foundation for Deep Ecology. Retrieved from  http://www.deepecology.org/deepecology.htm 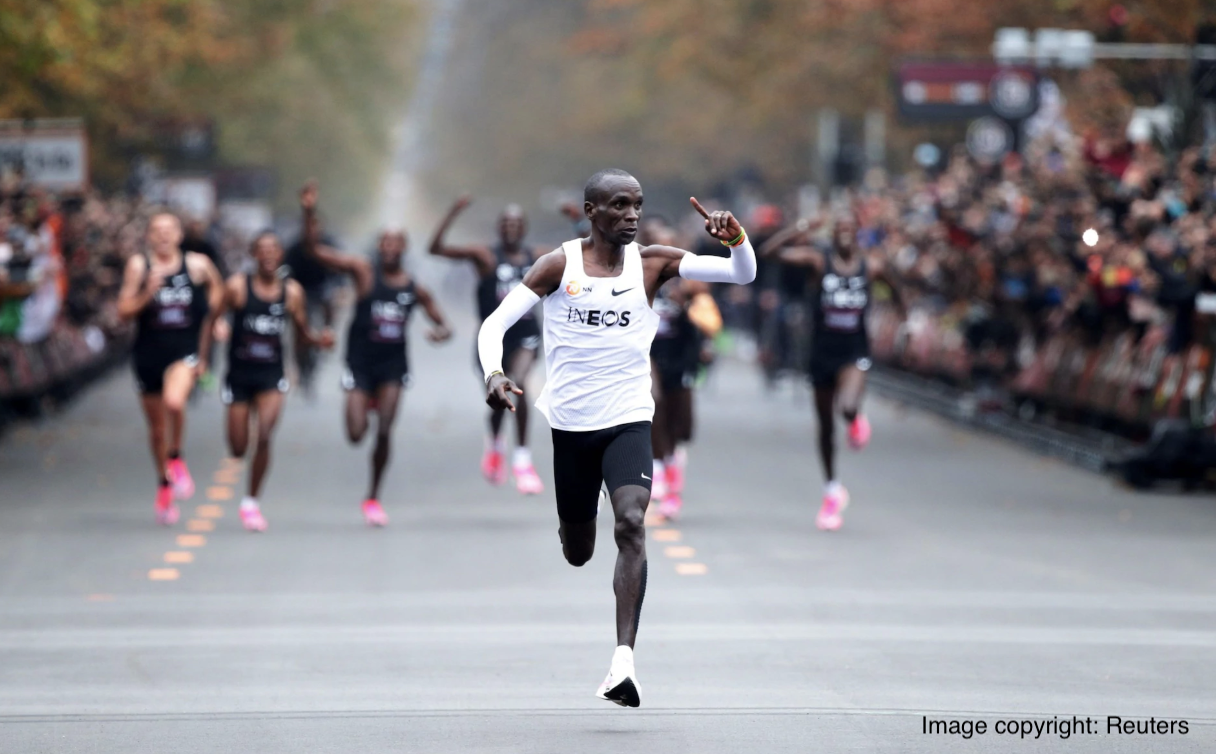 He is the only human ever to have done so.

This was no regular marathon. In fact, this was Kipchoge’s second attempt at sub-2 in a contrived environment in which all technical and tactical focus was directed at his effort to accomplish something that had never been done before. There are purists who will argue that such an elaborately orchestrated effort “doesn’t count,” and it is true that it doesn’t meet the course or pacing guidelines to be an official world record; however, it’s a remarkable feat, in or out of the record books.

I used to be a runner, My brain still thinks I am one, no matter how desperately my body tries to prove it wrong. So, after watching Kipchoge make a little history, baby, I wondered how to make it pedagogically relevant. What newfangled ed-tech was analogous to the EV that was both setting the pace for his effort and projecting a laser onto the ground to show his pacers where to run? How were the pacers themselves, spelling each other off in teams to surround him in a counter-intuitive reverse-vee phalanx (sorry, Mighty Ducks), representative of scaffolding, or collaboration, or the support systems we put in place for our students? How long until his $300+ sneakers become a metaphor for private-sector elitism?

Maybe the comparison is simpler than that. Maybe Kipchoge’s success—and how we can view it through a pedagogical lens—hinges upon the alignment of system with subject.

Until recently, few people believed that a sub-2 marathon could be run. When Kipchoge, his coaches, and the greater running community began to view it as a possibility, they recognized that the likelihood of success could be increased through the implementation of a controllable—but not limiting—system. Natural ability and training made Kipchoge an ideal runner for a sub-2 attempt, but he was supported by technology grounded in years of research, trial, and error. He had more than preparation and skill behind him, he had science, which is perpetually driven to innovate and iterate through its inherent fallibility. He had attempted this feat before, and fallen just short; the team behind him learned from previous failure, adapted the system, and tried again.

As teachers, we believe our students are capable of great things. Many of us spend countless hours on our own professional learning, considering our teaching philosophies and brushing up on theories that might enhance our practice. In terms of our own learning, we live in a pedagogical milieu that is both inspiring and—at times—overwhelming. The issue, I would argue, is that a significant source of this overwhelm stems from the fact that we think and work within a system that was fundamentally designed to support obedience, inculcation, and task-orientation. While we have certainly made some headway over time in the ways that we teach and empower our students, that’s not what the system was actually created to do:  in fact, an alarming number of the structural underpinnings of industrial-model conservativism have survived the last 200 years in our schools. Teachers are willing to innovate and iterate, but are—far too frequently—limited by the education system.

Students, as the subjects (and I use this term intentionally knowing it denotes control) of the education system, have little choice but to work within it. As much as we want to empower them, it is difficult to do so authentically within a framework that teaches them to play a particular game, with specific ends and outcomes in mind. Yes, this system—like Kipchoge’s—is controlled; however, unlike his, it is inherently limiting. The theory, and in many cases, the science, behind giving students freedom to harness their potential is out there, but we are so bogged down in the dregs of the industrial educational model that it is challenging, for many of us, to put this theory into practice in a meaningful way. We’ve fallen victim to a praxis gap.

How might we close this gap?  How might we break the cycle of viewing numbers as outcomes and outcomes as end points, and instead see them as natural byproducts of something greater?

The formal school system, far too often, becomes a ceiling that limits students’ potential. Compare that with the support system—founded in research, trial, and error—Kipchoge had in place when he ran 42.2km faster than any other human being ever has; a system which opened, for him as its subject, the gateway to success.