Everything is The Best!

September 2016 brought the most beautiful weather and the busiest school year start-up in recent memory. A lot of change is underway as always, and I feel incredibly optimistic about it. I feel like everything is the best!

This post is not an exposition of ecstatic joy, a telling of the year-to-date through the lens of the LEGO Movie’s “Everything is Awesome”. Though the year is off to a positive start, many projects do need quite a bit of work. But as a person informed heavily by my intuition, and as pattern seeker, I’m noticing something I think it worth blogging about, and maybe pulling on this thread will lead to noticing a thing of substance.

It seems that a tide of Liberal Arts is coming back to wash aside the trend of STE{A)M, and I have to admit I’m excited about that.

Some research into the term Liberal Arts reveals its origin as an umbrella to the medieval Trivium – introductory university curriculum involving the study of grammar, rhetoric and logic – and the Quadrivium – the “mathematical arts” of arithmetic, geometry, astronomy and music. (Note: I would have thought, in common modern parlance, Trivium would refer to knowledge that was minute, unimportant, or trivial. Quite the opposite, I have learned.) Modern Liberal Arts involves academic subjects such as literature, philosophy, mathematics, and social and physical sciences as distinct from professional and technical subjects. Thanks, New Oxford English Dictionary!

There have always been important relationships between the subjects of STEAM. I remember, during my own high school years, discovering the ways in which Calculus powers Physics or how stage lighting adds emotional drama to a stage production. It has always been easy for me to make connections, and connections always exist. Why Science, Technology, Engineering, Arts and Math were chosen as disciplines to be preferenced above Social Sciences, Languages, Health and Physical Education and Computer Science is still unclear to me, though I might guess it has to do with a particular view of the future in which the global economy and job market will require more expertise in these areas than our high schools currently generate in our graduates.

After the most recent US Presidential Candidates debate, Mike Rowe (host of Discover Channel’s Dirty Jobs) responded on Facebook to a letter asking him to use his celebrity status to influence his followers to ‘just get out and vote’. In his reply, Rowe challenges the idea that the act of voting is necessarily a patriotic, noble act, noting the lack of requirement for voters to be informed.

Because the truth is, the country doesn’t need voters who have to be cajoled, enticed, or persuaded to cast a ballot. We need voters who wish to participate in the process. So if you really want me to say something political, how about this – read more.

Spend a few hours every week studying American history, human nature, and economic theory. Start with “Economics in One Lesson.” Then try Keynes. Then Hayek. Then Marx. Then Hegel. Develop a worldview that you can articulate as well as defend. Test your theory with people who disagree with you. Debate. Argue. Adjust your philosophy as necessary. 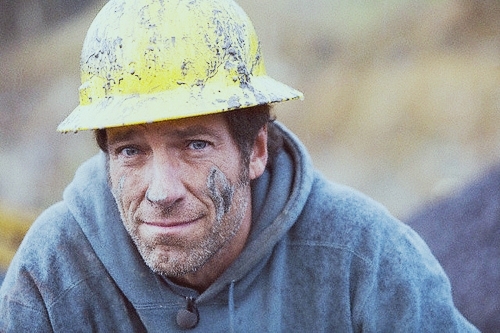 Consider the clear, emphatic statement of the aims of education made by Will McAvoy in the first episode of HBO’s The Newsroom. Despite being a fictional character, McAvoy reminds us, on a few occasions throughout the series:

“There’s nothing that’s more important in a democracy than a well-informed electorate.”

If this is true, and I believe that it is, then I lean more towards agreeing with Rowe’s prescription of a syllabus for first developing a world view in support of building culture and civic community than with Dr. Helen Soulé, Executive Director of the Partnership for 21st Century Learning, whose arguments are rooted in filling the skills gap and the needs of a future workforce. Creativity, Critical Thinking and the Higher-Order Thinking Skills are not experienced exclusively through the STEAM subjects, and assigning primacy to certain disciplines creates an undue hierarchy. Sending messages that a handful of subjects are “real” subjects is a longstanding practice due to expire.

For my whole life, I have believed that a diverse set of education, experiences and skills is better than any one area of mastery. It defined my choice of a multidisciplinary university degree and explains my interest in Elementary-level teaching that necessarily involves much cross-curricular integration. Perhaps that’s why I sometimes struggle with definitions of excellence that operate narrowly and focus on mastery instead of breadth. To me, excellence needs to be assessed by getting a little meta: looking at overarching qualities like attitudes, mindset and effort; learning as a reflective practice; wellness, balance and harmony; and approaches to achieving goals that involve productive, relationship-oriented processes.

Here’s my usual recipe: Start by separating out a fresh Jack of All Trades, mix in one whole Renaissance Man, two cups of desenrascançao, a pinch of organic Quixotic aspiration (to taste) and add back the Master of None (for perspective and humility) – that’s my approach to most things. Do not double. Oh, and serve it Al Fresco when possible.

To young learners in their highschool years, I would advise a mantra of breadth over depth for as long as possible. Take some of the Sciences that interest you but don’t skimp on opportunities to engage with historical context and philosophical debates. As you dive deep into a module of Tech Design PBL, also read some of the dystopian Science Fiction written about the extrapolated futures of your solution. Consider how mathematical solutions need to be paired with human strategy in order to implement social change. Put off narrowing your selection of courses as long as possible – not just to ‘keep your options open’ but because it keeps your perspectives wide. Nobody I know who is mid-career-aged followed exactly the path they predicted at age 15. Seek diversity and, giving equal attention and challenge to your areas of interest, study a little bit of everything. Because everything is the best!

As we begin the 5th season of Cohort 21, I already am struck by the diversity of teachers, both by disciplines and in interests. To enhance the community experience and effectiveness of the program, this year’s facilitator team has decided to provide layers of support that wrap facilitators and coaches around smaller groups of participants. I am so pleased to be involved once again as a coach, and I’m really looking forward to meeting another new cohort of teachers, working to help support the growth and action of colleagues, increasing my own professional learning network, and making new friends. I am also glad to have an outstanding teacher from our Languages department joining us. She is thoughtful, introspective and has an adventuresome teaching spirit.

With openness and eager anticipation of the unexpected, I’m excited for our pre-season challenges to segue right into first face-to-face meeting this weekend. Let Season 5 of Cohort 21 begin!

One Reply to “Everything is the Best!”