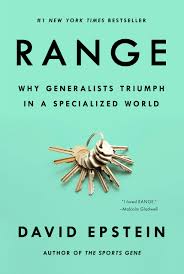 Do you want to be good at something? Do you want to excel or be the best? How might you do this? Start early, focus early, train early and get that head start, right? 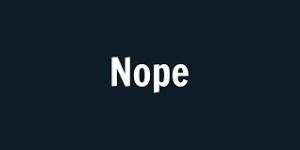 This book, by the same author of The Sports Gene, advocates that our natural inclination to applaud and seek ‘head starts’, to narrow our focus (or that our children and students) does more harm than good, for us, for them and actually for human progress.

He does NOT call for lack of specialization in certain fields, he does NOT call for elimination of specific fields of study. However, he writes a compelling argument for the liberal arts approach, and for experimentation of interests and acquiring what he calls ‘range’ before going ‘all-in’ in an area of focus.

What I found most compelling was his argument that aligns the growing ambiguity and complexity of the world with the need to see across various fields of study. In education, this is known as trans-disciplinary thinking. 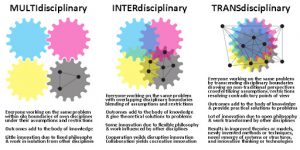 He delineates between “Kind” world scenarios (like golf and chess for example) where the rules are shared, known and create boundaries and “Wicked” world scenarios where there are very little rules, information and past experience to draw upon. We can all agree that we are living in a world that is getting more and more wicked, can’t we?

This book is full of incredible examples of why a ‘way of thinking’ is more important in education than learning the facts, content and acquiring detailed prior knowledge. For those of us in education, we already knew this because of the ‘summer slide‘ where students actual knowledge of domain specific subjects falls off over the summer – when the knowledge is not used.

“Fortunately, as an undergrad, I did have a chemistry professor who embodied Flynn’s ideal [that no one tool is good enough to solve our challenges]. On every exam, amid typical chemistry questions, was something like this: “How many piano tuners are there in New York City?”…The ultimate lesson of the question was that detailed prior knowledge was less important than a way of thinking.”
(pg. 52, Epstein)

The author holds up some of the most creative thinkers in our recent past as examples of those that cultivated ways of thinking. For example, Darwin:

Charles Darwin must have been one of the most curious and actively open-minded human beings in history… He made a point of copying into his notes any fact or observation he encountered that ran contrary to the theory he was working on. He relentlessly attacked his on ideas.
(pg. 228, Epstein)

And this is best captured in the understanding of the difference between “Decision-making” and “Sense-making”.  To contextualize this difference, Epstein gives a very detailed review of the Challenger disaster. It is mostly associated with the concept of “group think”, but Epstein takes it further. He argues that our prizing of ‘efficiency’ and ‘hierarchy’ has limited value in situations that are “wicked”. He goes so far as to say that was this prioritization of decision making at NASA that lead to the tragic loss of lives. They were stuck on data, all decisions needed to be based on data. When there wasn’t enough data to reverse a decision, it wouldn’t be reversed.

Decades later, an astronaut who flew on the space shuttle, both before and after Challenger, and then became NASA’s chief of safety and mission assurance, recounted was the “in God We Trust, All Others Bring Data” plaque had meant to him: “Between the lines it suggested that, “we’re not interested in your opinion on things. If you have data, we’ll listen, but your opinion is not requested here.”
(pg. 249, Epstein)

The author then tells the incredible story of ‘Wildland Fighters’ – those that battle intense forest fires, and the tragic, but preventable deaths from several fires. All because the fire fighters refused to drop their tools.

Weik explained that wildland firefighters have a firm “can do” culture, and dropping tools was not a part of it, because it meant that they had lost control…”Given the central role of tools in defining the essence of a firefighter, it is not surprising that dropping one’s tools create an existential crisis.”
(Pg. 247, Epstein)

So what did I learn from these examples of ways of thinking? Like what I learned about ‘cognitive entrenchment’ from “Everything is F*cked“, If we don’t have ‘range’, we are vulnerable to errors, losses of opportunity, and missed chances to make our world, the world, a better place.

(1) The world is ‘wicked’ – it’s not bad, it’s not cruel, except to those that deny that it is changing rapidly.  Rather, there is a beauty and a wonderful challenge to the growing complexity.

(2) We need to interrogate our ways of thinking – not to strip it down, or to change the way we think; rather, we need to embed this interrogation into our way of thinking and our approach to wicked problems.

(3) Be prepared to drop the tools – the tools that we have relied on to make the world go around. We need to be ready to let some go. They will hold us back, they will lead to cognitive entrenchment, and they won’t let us see across the disciplines to help solve our wicked problems.

(4) Educate. This book is full of incredible examples that should motivate and inspire us to learn differently with our students.

One thought on “Range: A book review for “Generalists””