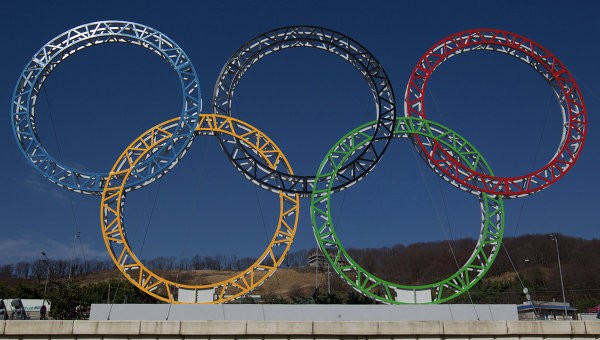 Janelle Watson is highly engaged and experienced colleague of mine. Her life-long learning journey has landed her, currently at OISE, where she, along with Maria Weber, are exploring the citizenship piece within on line communities. She has generously agreed to share her findings with Cohort 21 to make us think about how we are going to engage our students in the study of the Olympics, and how we can infuse some key tenants of responsible, online communities into our teaching and pedagogy. It is hoped that you read her blog, and post some questions in the comment box:

1) Are you studying the Olympics in Sochi? In what grade and for what purpose?
2) What are some key activities that you are using to explore different themes of the Olypmics?
3) Are you using social media to connect with athletes while the games are on? If so, how? What has been your success?
4) etc…

Transformative citizenship education in online learning: the possibilities and the challenges

By: Janelle Watson and Maria Weber

Online learning environments hold tremendous potential as sites of transformative learning and citizenship education. Multiple examples of such transformative education can be found in the literature, and yet there is a need to question the underlying theoretical assumptions of teaching online, and challenge these assumptions using a critical pedagogical framework in order to fully understand the challenges inherent in this method of teaching. This paper looks at two disparate, yet interrelated topics in online learning; the potential of online technologies to disrupt and even transform education through citizenship engagement and the critical lens under which we must view these technologies in order to fully understand and appreciate their potential. This paper examines online learning within the context of transformative citizenship education in a Grade 12 World Issues class. By providing a context for transformative learning online, we examined both the advantages and the criticisms of this approach to education with a review of the recent literature in these areas.

The social justice thought experiment that we created is an exercise that has been included in the paper. It is about transforming students’ attitudes and perceptions of the Olympic Games. Globally perceived as a joyous and inclusive event, most students (and teachers) would agree that they look forward to the Olympics and cheering for their countries. The purpose of the exercise is to allow students to examine and delve into some of the issues surrounding various Olympic Games (and other global sporting events) and look critically at the social justice issues that arise. Ultimately, the goal of this exercise would be to stimulate a form of global citizenship activism that would utilize computer mediated communication. Students will be surveyed at the beginning, mid-way, and at the end of the activity to gage perspectives and possible transformative learning.

Preface – Did you know that there are social justice issues dating to the 1800’s that may taint viewers and participants perspective on the Olympics being hosted in Sochi? Sochi is know as a Russian city that is hometown for Sochasian people, many of which no longer live there because of a massive Circassian genocide almost 150 years ago. Circassians are the indigenous people of Sochi, and many of them consider their land “stolen” to build the Olympic Village. In terms of a trans-global experience, is there a connection between Sochi, where Olympics are held on the ground of a massive genocide and Vancouver, where Olympics were arguably held on “stolen” grounds?

I am husband, father, teacher and coach. I am the Director of Teaching & Learning at Bayview Glen, and Cohort 21 co-founder & lead facilitator. This professional development experience is a passion of mine, and I am excited about the opportunities and possibilities it presents for all of the members and facilitators; but most importantly our students