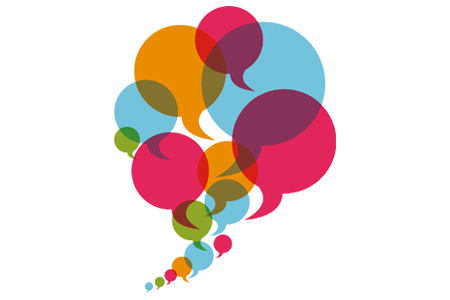 What does “Student Voice” look like? What does it sound like? What does it feel like? The answers aren’t always comfortable – sometimes these answer can be downright problematic. And sometimes not. If I’ve learned one thing over the last two weeks, it’s that student voice is the thread that keeps the culture of the school alive, breathing and thriving.

Recently, I’ve been engaging in the many dimensions of Havergal’s co-curricular community in an effort to get a continuous, deeper understanding of the student experience. 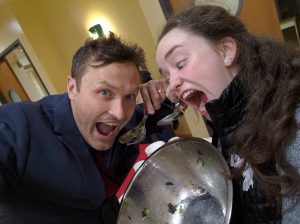 I was Caroline’s guest at the IDC4U dinner where student voice was expressed in many different ways!

Student voice can be fun and playful. I was invited to be a guest at a curricular dinner for the IDC4U course which is exploring the nature of food, and our relationship with it. It was a large, delicious, Harkness-style discussion. Students expressed themselves through the readings that they chose, the meal they prepared (and they are excellent chefs!), and the way they articulated their questions and answers. In this way, student voice helped to architect the entire evening, from the meal, to who they invited to the meal. While there were about 35 of us in total, the discussions were as rich as the desserts served! It was a pleasure to be a part it. 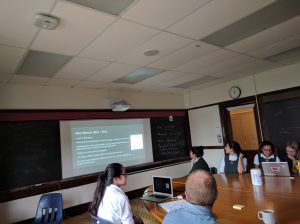 Mr. Fredenberg and the Philosophy Club, isn’t truly his. It is entirely student run!
There is a vibrant clubs scene in both the middle and upper schools at Havergal, and I visited the Anime club, the Apps club, the Arts club, and the Philosophy club. These are all initiated by students, and run by the students. These students run the program of their clubs, the budget and are answerable to the teacher advisers. Student voice is where these clubs emerge from, and how they thrive. This is a special element of Havergal, because students are the lifeblood of this rich experience – clubs come and go depending on the capacity of interest. In this way, they are a direct reflection of what the students are interested in, passionate about, and how they want to spend their time, and make an impact. 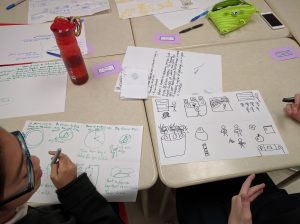 Students are generating ideas for each other!

I’ve been working with the Grade 8 classes on introducing Design Thinking to the entire grade. With the Students are generating ideas for each other!
support of two colleagues, the students are given a ‘How Might We…’ question that engages them. Student voice comes across loud and clear, both in the “empathize” stage, where students are asked to interview each other about their day (this gets the students the raw data upon which to build a solution), and in the solutions that they create for their partners. Student voice here, is loud, it’s fun, and it’s ambitious! 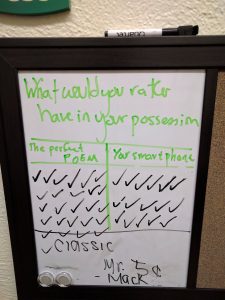 The Board that is Never Boring

I’ve hung a board outside of my office…I call it “The Board that Is Never Boring”, because every day is a new prompt for the passer-bys to respond to. Sometimes it’s a math problem, sometimes a word problem, and sometimes it’s a frivolous question. But it’s a chance for me to interact with the girls in a way that is safe, that is fun and playful, and where I deliberately am asking for their opinion. I’ve enjoyed it so far, and I know that many of the girls have as well. The reason I know this is because in the best scenarios, they stop by my office to ask me about the question, the prompt and sometimes the answers. 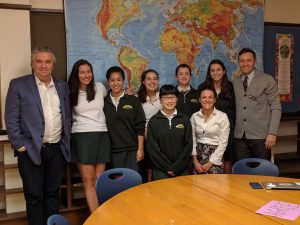 The 6 Degrees attendees meet with the Exec. Director of the ICC, Mr. Foran

Student voice can be more intimate and niche as well. I’ve written in a previous post about an experience with the Institute for Canadian Citizenship’s conference 6 Degrees. These student participants have continued the conversation in their own way. They spent an after-school session talking about the issues raised at 6 Degrees with Mr. Foran, the Exec. Director of the ICC, and asked questions of current issues and events. Their voices were full of curiosity, passion and concern for how they can engage with these issues in a responsible way. They left that session with a feeling of empowerment and a prompt of “What will we do?”

Most recently, student voice at Havergal found a new outlet: Periscope. It was an event run for students, made up of students, and put on by students. It had over 80 students, faculty and parents in attendance, to listen to 11 speakers. The speakers addressed issues that were near and dear to their hearts and to their lived experiences.These were real girls, talking about real girl things. It was moving, it was fun, it was compelling, and, for me, it was a privilege to be there. These were real girls, talking about real girl things. Student voice manifested itself in the raw experiences and emotions, the courage to broach important topics that live outside of the formal curriculum, and in the support that each speaker received. 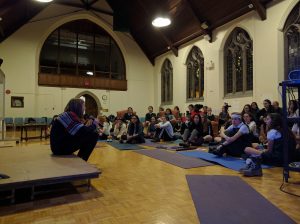 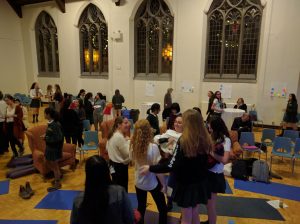 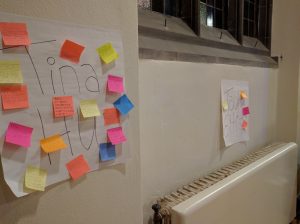 Just one example of the feedback boards for each speaker 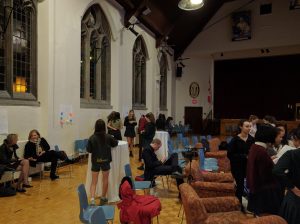