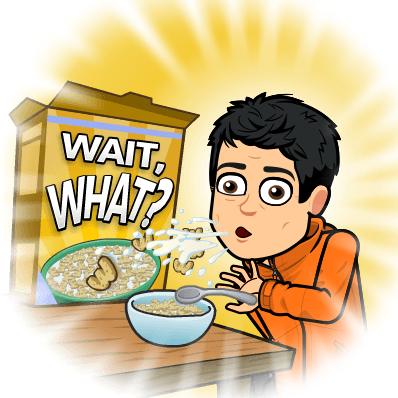 One of my favourite part of being a language teacher is hearing students work it out while speaking. What I mean by that, is throwing in English words with a French accent, or the interesting pronunciation of words and best of all, taking a synonym and using it out of context. I love it because they’re experimenting and at times struggling but they’re making it work and taking risks and that’s exactly what we need if students are to graduate being able to speak and interact in a foreign language.

Part of the new French curriculum expectations is being able to Listen to Interact and Speak to Interact – both of which are excellent additions to the expectations but make it somewhat challenging to assess and give real-time feedback during speaking activities. Another excellent addition to the French curriculum is the metacognitive aspect of reflecting on how they best learn and apply their language skills.

One challenging aspects of being focused on speech in a language classroom is giving them feedback during their small and large group discussions. I have been speech focused ever since I started teaching French because if you can’t speak the language why on earth would you continue to learn it? But I’ve not been satisfied with feedback during discussions. I launched my action plan of Real Time Assessment during a recent round table discussion in hopes of giving students the opportunity to reflect on the feedback as well as get peer feedback and finally self-assess their Speaking and Listening to Interact.

Enter 3 different Google Forms, DocAppender Add-On (click here for a tutorial via @lmcbeth) and shared Google Doc between each student and me. In the first round, I filled out at least one form per student giving them specific feedback as they were speaking. During the presentation of ideas portion I also had them offering feedback to a peer for which they filled out a Peer Assessment form, and with 15 minutes left of class, I asked them to go to their Google Doc, and reflect on their feedback and their performance. All of which I had never been able to do in such a smooth and concise manner. I am still far from being a master of forms but it was a very positive step in the right direction with respect to student learning.

My feedback in this moment was consistent among all students, immediate, and in my opinion effective. Here is an article that outlines 7 keys to Effective Feedback which has helped me frame the structures I have in place. I was able to give them suggestions about transition words, frequent issues with structures that inhibit comprehension, comprehension strategies and how well they met the goal of the activity. Based on the self-reflection students were able to identify areas they were more interested in developing and established next steps to do so. This fit in very well with my personalized learning approach to languages.

Many of the new things I try in class are foreign to my students and so I think they just roll with it – much like @rutheichholtz’s Tweeted in our most recent Cohort21 Twitter Chat.  But after another round or two, I will certainly be asking for feedback. I think the real power is in what they do with the feedback and how it helps them to anchor their understanding and abilities and guides them to the next steps in their learning.What I liked most is the feedback was between the student and I, or between peers but only the recipient sees it. This allows them to access the feedback as many times as needed and doesn’t embarrass them in front of the group; confidence is so important when learning a new language! My hope is that they will start to see that they can learn just as much from each other, as they can from me.

@vkraus has done some fantastic things in developing interaction in French – most recently a Harkness Table; you need to check out her blog!

I’m curious to know how others are giving feedback in languages for speech and discussion. Also, I’d love to connect via Twitter or G+ with language teachers who are doing great things with assessment. Please share in the comment section below.