My introduction to Twitter only came last year as a new member of the Cohort21 team. Before then, my only real understanding of the tool was that people often were fired for their tweets of body parts or racist remarks. As the year progressed, I began to see that this was an invaluable professional development gateway, and as I spent more time I realized that there were many teachers like me out there, searching for inspiration that they could then bring back to their classrooms.

Last year when I tried to introduce the notion of using Twitter as a backchannel in my AP Language and Composition class, I was amazed to hear a resounding ‘thud’ from my students. Prior to that, there had been issues of harassment at our School through Twitter, and I think parents and School admin had possibly vilified the tool as a way of keeping our students safe. A year later, students were open and somewhat apathetic about the idea. 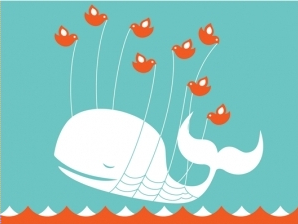 Every student opened a professional Twitter handle, one that would be shared with me and that could be used for academic purposes. I shared my handle with them (@brentmhurley), and I started to share with them examples of how Twitter was reshaping my personal learning. Students were interested in trying, so we started by having students tweet during my reading of Plato’s “The Allegory of the Cave”. I urged students to use the class hashtag (#HurleyAPEnglish) to pose questions that they had about the text. Often, the conversation in the class is dominated by a small number of students, but this time I found excellent authentic questions being asked by students who normally would not put up their hands.

I encouraged students to continue the discussion outside of the class, and what happened was incredible. Students started finding other Twitter users discussing the same text. They built on the ideas of strangers and then made connections to other texts, philosophers, movies (like The Matrix), and engaged eachother. One student travelling to Lake Placid with the boys hockey team was tweeting from the roadtrip, something I never imagined happening. When asked by his team mates what he was doing, the student started a conversation — not about the act of tweeting for class, but instead about the comments and ideas of other students on the topic. Here’s a link to the Storify collected tweets our students had on Plato’s text.

After attending the GAFE conference in Montreal, I was inspired to find new areas where students could engage with eachother in alternative ways. One presenter shared with us the power of Google Slides, a part of the Google suite for education that I had not really tried to use before. It became clear that although Google Docs was great, it lacked in it’s ability to embed pictures and video, where Slides made that much easier. In addition, students could comment on eachother’s work, get inspiration from their peers, and build on their ideas as they prepared for the next day’s lessons. Now, as we prepare for upcoming Harkness Discussions, each group has a shared Google Slide with authentic questions and selected passages that are shared with their peers. Rather than keeping their preparation private, students are encouraged to help edit their friends’ analysis of the text BEFORE our discussion, resulting in a team effort rather than a competitive environment.

I was inspired by Derek Doucet’s recent blog about changing the culture of learning in our School,  as well as a link that he shared by Tina Barseghian who wrote a blog on creating classrooms with inquiry based learning. In addition, there are many sites that help teachers with ideas of how to use Twitter in their classrooms, and I found this one to be helpful.

Ultimately, my journey to find an action plan that works for my classes is slowly but surely moving towards personalized learning as a means of complimenting project based learning. Regardless of where I end up, I’m sure that Twitter and placing a value on student engagement through whatever means suits their needs will play a major part.