When I was in grade 4, my teacher, who was walking us through an exploration of the middle ages, tasked us with a project. The assignment, likely one that is still used in some fourth-grade classes to date, was to build our own replica castles. Naturally, I was excited by this assignment; what fourth grader wouldn’t want to build their own castle! It was certainly fun and engaging, so check those boxes.

Truth be told, my dad ended up helping me with much of the project, so the end result was mainly the fruits of his labour rather than mine. I suspect that several other parents and guardians provided the same aid to their children, as many of the castles that entered the classroom looked (above fourth-grade level) fantastic. I also suspect that this is why, the following year, they decided to make this assignment an in-class project. Aside from this initial oversight, and despite the fact that I remember this task 20 years later, there was another major problem with this assignment: it was a classic Grecian Urn Project. 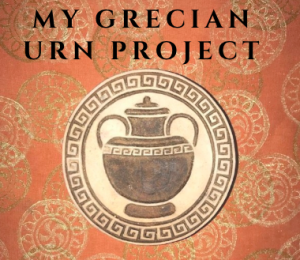 “A what?” you might ask. Essentially, A Grecian Urn Project is an assignment that takes more time than it’s worth because it focuses on potentially irrelevant and overly minute details rather than specific skills or curriculum strands. I first heard of this term while scrolling through episodes of Jennifer Gonzalez’s The Cult of Pedagogy podcast (one of the best educational podcasts out there in my humble opinion). I read the title and thought the description was interesting, but certainly didn’t think it applied to my assignments, right? Wrong! As I listened, Gonzalez unpacked this definition, an assignment from one of my early days of teaching immediately came to mind.

During my first two years as a teacher, I was mainly trying to keep my head above water. I was becoming acclimatized to the realities of the scope of responsibilities that teachers are tasked with on a daily basis and, like many of us, leaned on my fellow teachers. At the time, I was teaching grade 10 English and doing so alone. Further, the teacher whose position I was fortunate enough to acquire left very few resources behind. As such, I used what I could from co-workers who taught grade 10 in the past and was left to develop many of my own resources.

I’m proud to say that not all of those resources were disastrous, but one assignment in particular certainly was. My students were reading a graphic novel at the time and I was trying to think of a fun and engaging way for them to interact with the text. My idea, which wasn’t bad at its core, was to have the students develop their own mini graphic novels based on one of the themes we explored in the text. Unfortunately for my students, I really hadn’t designed the assignment well enough for them to articulate or showcase the specific skill sets that we were learning in class. We looked at dialogue writing, character development, social comments, and literary devices, to name a few, but this task was simply too vague for them to demonstrate any concrete application of those skills or understanding of the text.

Moreover, I had many students spend far too much time either drawing their scenes or developing them on an application that I had introduced in an earlier lesson. This was not an art class, and I wouldn’t pretend to be a qualified art teacher. But even if I was, beyond tone, symbolism, a few other minor elements, the artistry was not what I had intended to assess. To be clear, I’m not suggesting that artistically creative assignments, or even a revamped version of this task itself, can’t have their place in an English class. Quite the contrary. Rather, this task, as it was, lacked specificity, vision, and curriculum alignment which ultimately provided an unclear sense of direction for my students.

My intentions were just: I wanted to engage the students with an interesting task that broke the monotony of structured writing. If that was the only goal then this assignment was a success as most students genuinely enjoyed the task and had fun drawing and developed stories. In all other aspects, however, this assignment was a major failure. If you’re wondering how I even marked an assignment of such scope and vagueness, you’d be asking a question that should be evident to any assignment’s creator. Unfortunately, this question, like other details, had escaped me during my Frankensteining of this task.

This assignment taught me several valuable lessons though, similar to the ones that Gonzalez echoes in her podcast. I realized that breaking the mould can’t be the only criteria for an engaging assignment. I learned that the process of assessment development needs to be mindful regarding the consideration of skills and strands. Further, I conceded that these specific skills must be thoughtfully scaffolded and that students need to receive meaningful feedback during the drafting process in order to redirect them when they’re spending too much time on unimportant details.

While my graphic novel assignment may have been memorable, I, much like my well-intentioned fourth-grade teacher, had created and employed a classic Grecian Urn project. Luckily, having learned from my mistakes, I revamped this task into a website design. After considering which skills I wanted the students to convey and the curriculum standards I was seeking to align, the end result was just as engaging. This time, though, students were clear on the outcomes, and I was careful not to recreate the previous year’s Grecian urns.

6 thoughts on “My Grecian Urn Project”